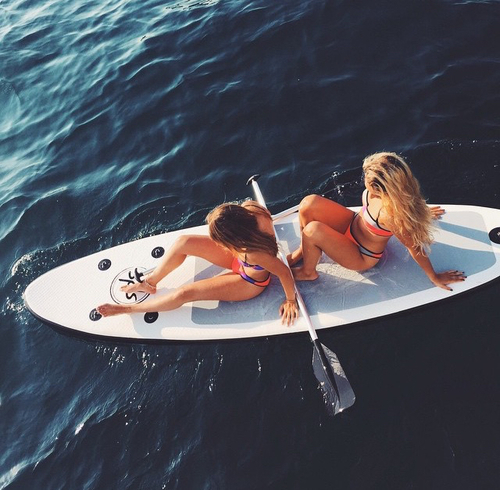 Image by Antosk via We Heart It.

Now I’m no baseball player, in fact, I’m not really even much of a team sports kinda gal, but I think I just might be in a current state of resonance, with the Home Run concept.

Why? Because I’ve come to the bittersweet realization that I’m 5/7ths into my greatest adventure yet. And it’s terrifying.

And I wonder if this insatiable thirst for both the now and future is the same feeling a batter gets when he reaches second base, right before home run.

Like, wouldn’t you just want to sit on second base, just for a little while.

Press that precious – two vertically lined – button and stop time, if only for a millisecond. To look around, smell the flowers, feel the sun on your face and drown in the anticipation of almost-completion.

Inherently, you know home base is only a short sprint away, but second base, for a moment, second base is just perfect and exactly where you should be.

This is where I’m at, like right now. And without any previous expertise in batting fields, pitchers, or the difference between a Yankee and Chicago Bull, I feel like Babe Ruth is my spirit animal.

Because at this close to the finish line, the only thing more terrifying than time moving faster, is time stopping.

I’m equally terrified and excited for the final episode of this incredible season. Fantasizing about the adventures I’ll unwrap for Christmas, drowning in the hugs and kisses that wait for me in Australian Eastern Standard time, yet sick in my stomach with the early on-set nostalgia that soon, very soon, everything that exists right now will be a distant memory.

But maybe that’s the beauty of everything, transience.

Maybe, it’s the hard-faced reality of knowing that everything is temporary, which draws us to create a space for it to be devoured in the exact way it’s meant to be: slowly and with the appreciation that nothing will ever taste the same.

So this time, take your time with the cake, you deserve it.

5 thoughts on “Before the end.”

Leave a Reply to The Live Muse Cancel reply